ART in the Garden 2015 Honorees 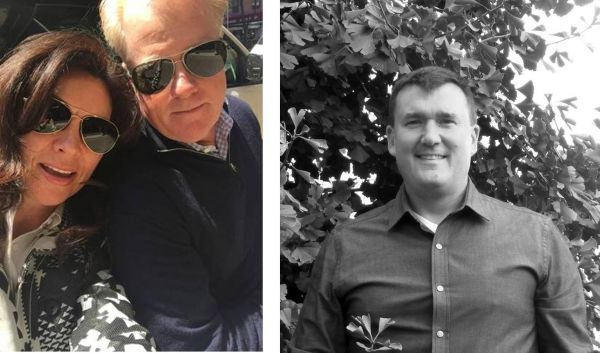 Elisa and Michael O'Rourke will be honored in recognition of their generous support of the annual summer art exhibition and installation as well as their unwavering commitment to education at the Arboretum. Currently living in Boonton Township, the O'Rourkes met in 1987 while working at Smith Barney, and married in 1990. Together with their four children, they share a passion for outdoor life, sports, art, and music, as evident by their staunch support of the Arboretum's education and arts programming. Family and friends are the most important component for a happy and healthy life for the O'Rourkes, and their belief in the mission and goals of Reeves-Reed Arboretum play a key role in that equation.

Additionally, we will honor Hall's Garden Center and Florist in Berkeley Heights, and especially co-owner Bob LaHoff, who, as a community leader and advisor, tirelessly works in support of RRA's Buildings and Grounds Committee. Hall's Garden Center and Florist first opened its doors in 1978 and has since built a reputation on offering superior service coupled with unique and outstanding plant material. Over the years, Hall's has been honored with many awards including 'one of the top 30 garden centers in the state of New Jersey,' and joined the ranks of the horticulture industry's top independent garden centers when it was named one of 'Today's Garden Center's Revolutionary 100.' Hall's own Bob LaHoff is also the recipient of First Retailer of the Year Award from the New Jersey Nursery Landscape Association.

The Trustees and Staff of Reeves-Reed Arboretum will have the honor and pleasure to salute these important supporters at ART in the Garden. Highlights of the evening will include a silent and live auction, music by Lenox Underground, and gourmet treats from David Ellis Events.

New this year – silent auction pre-bidding will open on June 1 at www.501auctions.com/reeves-reedarboretum, and continue throughout the evening of the gala.

Mark your calendars, ART in the Garden, June 6. To purchase gala tickets and sponsorships, go to www.501auctions.com/reeves-reedarboretum or call Joyce Zemsky at 908-273-8787 x 1414 (j.zemsky@reeves-reedarboretum.org) for more information.

About Reeves-Reed Arboretum:  Celebrating over 40 years as an historic public garden, education resource, and non-profit conservancy, Reeves-Reed Arboretum seeks to engage, educate and enrich the public through horticulture and environmental education, and the care and utilization of the gardens and estate. Open 7 days a week from dawn till dusk, the Arboretum is listed on both the National and New Jersey State Historic Registers. Funding for RRA has been made possible in part by the NJ Historical Commission, a division of the Department of State, through a grant administered by the Union County Office of Cultural & Heritage Affairs, Dept. of Parks & Community Renewal.