ART in the Garden...Meet the Supremes! 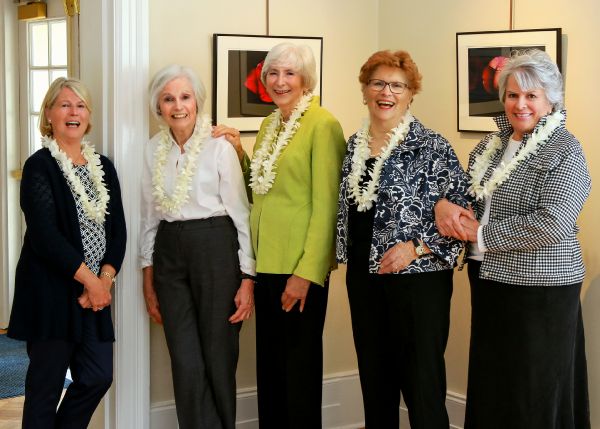 ART in the Garden®

Summit, NJ Meet the Supremes! No, not the classic '62 girl group pop album of the same name, but rather something timelier and more immediate. Meet six amazing ladies whose efforts, both individually and collectively, have set the bar high for leadership and service in Summit. Six women whose commitment to good works is tinged with an air of supreme confidence, and whose humility makes space for new possibilities. If you please, meet The Summit Supremes – Muggins Badgley, Millie Cooper, Betse Gump, Gail Malin, Susan Watts, and Betsy Wesson – this year's honorees at Reeves-Reed Arboretum's most eagerly anticipated garden party and fundraiser, ART in the Garden®.

According to Frank Juliano, Executive Director of the Arboretum, "I don't believe there are many in this community unfamiliar with or who haven't been touched by these passionate ladies. They have selflessly served or continue to support such organizations as the Junior League of Summit, the Visual Arts Center, Overlook Hospital, and of course, Reeves-Reed Arboretum. In fact, without their initial support and vision, and now their continued stewardship, there would probably have never been an Arboretum in Summit!"

You know them, either personally or by reputation. They don't give to get. The give to inspire others to give. They do things right and do the right things. They are your family, your neighbors, and your friends. They are "you" by example. Join the Trustees and the Staff of Reeves-Reed Arboretum in publicly recognizing and acknowledging their service. Come to ART in the Garden® on June 8 and Meet the Supremes!

To purchase tickets, take out a sponsorship, or to donate in support of The Summit Supremes, please go to rragala19.givesmart.com, or call 908-273-8787 x 1010. Online bidding for the silent auction begins June 3.

Celebrating over 40 years as a historic public garden and education resource, Reeves-Reed Arboretum engages, educates and enriches the public through horticulture and environmental education, and the care and utilization of the gardens and estate. Open 7 days a week, the Arboretum is listed on both the National and New Jersey State Historic Registers. Funding for RRA has been made possible in part by the NJ Historical Commission, a division of the Department of State, through a grant administered by the Union County Office of Cultural & Heritage Affairs, Dept. of Parks & Community Renewal.