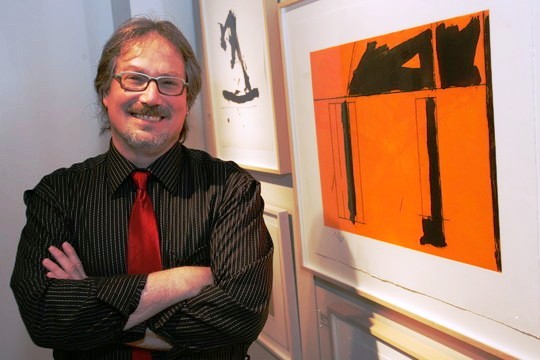 After a thorough three-month search, the Board of Trustees of Reeves-Reed Arboretum is pleased to announce that it has appointed Frank Juliano as Executive Director.

Mr. Juliano comes to RRA from the Hudson Valley Writer's Center, where he served as Executive Director since 2010. During his tenure, the organization saw significant growth in programming, including a doubling of workshops, classes and events offered. Prior to his time at Hudson Valley, Mr. Juliano was Executive Director of the Greenwich Arts Council in Connecticut from 2001 to 2008. Mr. Juliano also spent seven years at Wave Hill, a top-flight public garden and cultural center in New York City.

"I am delighted and honored to be joining the committed and passionate team of Reeves-Reed Arboretum at this exciting time of growth," said Mr. Juliano. "Together, with the Board and the dynamic staff, I am eager to expand upon the reputation of the Arboretum as a major resource for education, engagement and inspiration in the community."

RRA Board President Andy Gottesman noted that RRA was able to interview a diverse set of candidates by using specialty search firm Professionals for Non-Profits.

"The Arboretum is in a good position for this transition," said Mr. Gottesman. "We've been financially stable, our mission is clear and our programs have grown accordingly. "Frank's palpable energy is a wonderful fit. He is a seasoned Executive Director who will bring an inspiring freshness to every element of our activities at Reeves-Reed."

Board Vice President Scott Hayward added, "Non-profit work is relationship work. To be successful you must hold a sincere connection to the mission of your organization. There is no doubt that Frank's heartfelt passion for our goals will develop into lasting relationships for Reeves-Reed."

Mr. Juliano is expected to begin his new duties in mid-May.

Reeves-Reed Arboretum is the only public garden and one of the largest green spaces in the City of Summit. It is the only arboretum in Union County. The Arboretum seeks to engage, educate and enrich its visitors so they may become better stewards of nature and the environment. This mission is achieved through the care and utilization of an historic estate and gardens. Reeves-Reed Arboretum is listed on both the National and New Jersey Historic Registries. For more information, please visit the website at www.reeves-reedarboretum.org.