25 Dancers to Perform at 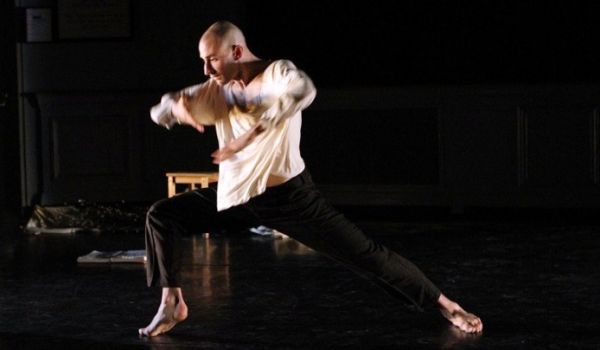 Summit, NJ INKUBATE®, a collaboration between the New Jersey Dance Theatre Ensemble and Reeves-Reed Arboretum, will present the second dance performance of the Sounds of a Summer Night '17 series at the Arboretum on Wednesday evening, July 12. Master choreographer, Adam Barruch, with a core of 25 dancers from the U.S., Canada, and Israel, will premier a new, full-length work especially created for INKUBATE®. The piece will include formally choreographed passages as well as improvisation.

Adam Barruch began his career as an actor, performing professionally on Broadway and in film and television. He studied dance at Juilliard and has performed works by some of the major names in dance. Based in Brooklyn, Adam currently creates and performs works under his own company, Anatomiae Occultii. As a choreographer, Adam's work has been presents at such notable venues such as The Joyce Theater, City Center, NYU/Skirball Center for the Performing Arts, The Juilliard School, Jacob's Pillow, and The Baryshnikov Arts Center, among others. Adam is a recipient of the 2014 Lotos Foundation Prize in the Arts and Sciences which recognizes individuals for distinguished accomplishments and exceptional talent.

INKUBATE® is part of a four performance Sounds of a Summer Night concerts-in-the-garden series at the Arboretum, so bring your blankets, lawn chairs and picnic baskets. The Arboretum grounds open up at 6 pm for concertgoers to picnic and the performance is from 7 pm to 8 pm. The cost is free to RRA Members (thanks to underwriting support from Investors Bank). There is a $10 per person donation for non-members, $5 for students). INKUBATE® and RRA's Sounds of a Summer Night 2017 are proudly sponsored, in part, by a grant from Investors Foundation, with additional support from Nick & Tracy McKee and The Grand Summit Hotel. Visit www.reeves-reedarboretum.org for more information.