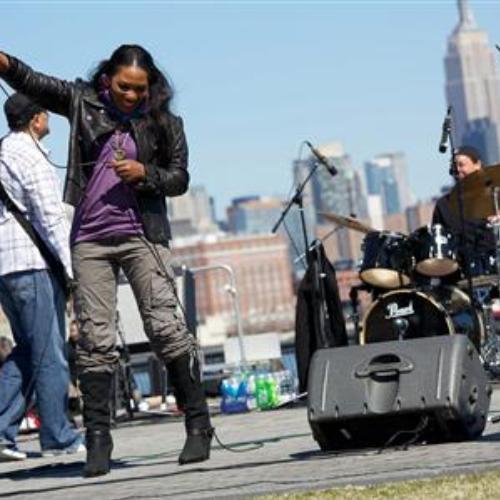 Summit,NJ Break out your dreadlocks and come prepared to swing your hips when Reeves-Reed Arboretum welcomes back the MASSIVE Reggae Band on Wednesday evening, September 14, as the Arboretum concludes Sounds of a Summer Night 2016.

Reggae is a music genre first developed in Jamaica in the late 1960s. Stylistically, reggae is a melting pot embracing influences from Africa, Latin America, Europe, and the U.S., combining elements of American jazz and rhythm n' blues, with ska, rocksteady, and calypso. As well as giving the world a fresh new sound, reggae was instrumental in highlighting the Rastafarian movement, dealing with subjects such as faith, love, relationships, poverty, injustice, and other broad social issues. The saying goes," When the music hits, you feel no pain!"

This final concert of Sounds of a Summer Night 2016 will take place on Wednesday evening, September 14. The grounds of the Arboretum will open at 6 pm for concertgoers to picnic, and the performance is from 7 to 8 pm. You are encouraged to bring lawn chairs and blankets. The cost is FREE to Reeves-Reed Arboretum members (thanks to underwriting support from Investors Bank). Otherwise, there is a $10 donation at the door for non-members; students are $5 with a valid ID. The MASSIVE Reggae Concert is dedicated to the volunteers and committee members of ART in the Garden and Holiday House Tour.

Sounds of a Summer Night 2016 is sponsored, in part, thanks to support from Nick & Tracy McKee and the Grand Summit Hotel. For more information about events, programs, trips, and more, please check our website, www.reeves-reedarboretum.org or call the office at 908-273-8787.

Reeves-Reed Arboretum...a place to grow for everyone!