NATURE INTO ART: THE GARDENS OF WAVE HILL WITH LOUIS BAUER 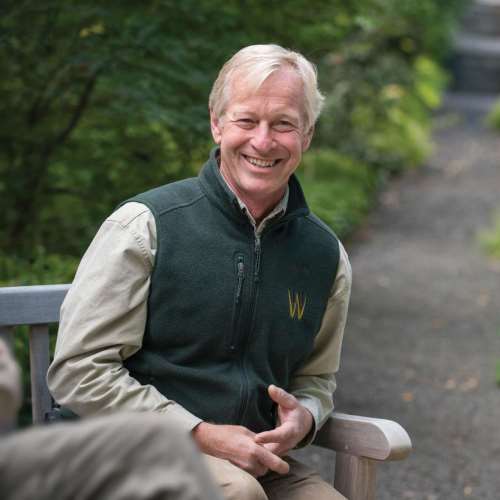 SUMMIT, NJ  Reeves-Reed Arboretum will be kicking off their 2022 Notable Garden Speaker Series on Thursday evening, February 24 at 6:30 pm with Louis Bauer the recently retired Director of Horticulture of Wave Hill.

Louis Bauer began his work at Wave Hill in the Bronx, New York as a gardener in 1994. Ten years later he was whisked away to renovate Greenwood Gardens in Short Hills then came back to Wave Hill as its third director of horticulture, just before the institution marked its 50th year in 2014. This presented an upfront opportunity to look back at how Wave Hill evolved and how it is one of New York City’s          pre-eminent cultural institutions.

To chronicle the past and present, a book arose under the helm of Bauer entitled Nature Into Art: The Gardens of Wave Hill authored by gardener and horticultural journalist Tom Christopher. The book aligns itself with the intention of the first gardeners, offering much horticultural advice and inspiring curiosity about plants and plantings at an intimate scale, and details the year-round changes to the garden and its flora.

Join Reeves-Reed Arboretum for an evening with Louis Bauer as he regales the audience with stories drawn from his double tenures and ultimately at the horticultural helm of this world-renowned public garden. His presentation is sure to inspire a visit to Wave Hill and inspire your own garden! Light refreshments will be served.

Mr. Bauer is the first in a series of Notable Garden Speakers who will be featured at Reeves-Reed Arboretum in 2022.  Randi Eckel of Toadshade Wildflower Farm will be the next speaker on Thursday, April 28, highlighting the role of native plants in landscape design.

The Notable Garden Speaker Series is being held in the historic Wisner House on site at Reeves-Reed Arboretum as well as virtually. The cost for RRA members is $10 and $25 for non-members.  To register, visit reeves-reedarboretum.org or call 908-272-8787, x1920.  Reeves-Reed Arboretum is located at 165 Hobart Avenue, Summit, NJ.

Celebrating over 40 years as a historic public garden and education resource, Reeves-Reed Arboretum engages, educates, and enriches the public through horticulture and environmental education, and the care and utilization of the gardens and estate. Open 7 days a week, the Arboretum is listed on both the National and New Jersey State Historic Registers. Funding for RRA has been made possible in part by the NJ Historical Commission, a division of the Department of State, through a grant administered by the Union County Office of Cultural & Heritage Affairs, Dept. of Parks & Community Renewal.