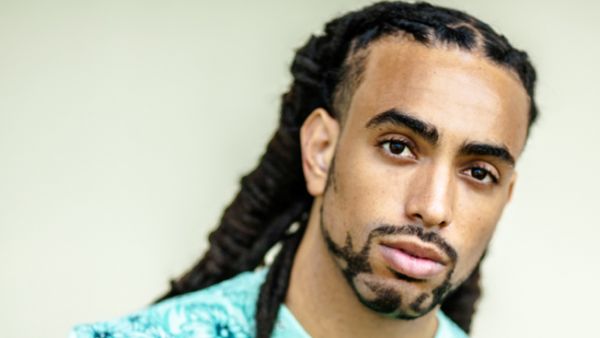 Beatboxing can trace its origins back to Africa, hundreds of years ago, when certain African languages used clicks in the speech to speak. It first became popular in the States around the jazz era with scatting, with Louis Armstrong on the mainstream level. In the late 70s and 80s, when hip-hop was starting to become relevant, it became more than a music genre, it became a street-wise lifestyle.

Steven Cantor, commonly known as HeaveN BEATBOX, has been delighting audiences with his astounding beatboxing abilities and his magnetic and exuberant personality. Raised in Alpharetta, CA, he began beatboxing, vocally replicating, creating and mimicking sounds, at the age of 14. In 2012, HeaveN became the American Vice-Beatbox Champion, and has since gone on to represent the United States on two occasions at the World Beatbox Championships (an extremely rare feat). He has also placed third at the Boss Loop Pedal World Championship. Cantor tours nationally and internationally, and recently appeared on Broadway as part of the ensemble of IN TRANSIT. With a last name that comes from the Latin for "to sing," it is no surprise that Steven HeaveN BEATBOX Cantor should be known for his vocal prowess.

This is the final concert of Sounds of a Summer Night '18 series at the Arboretum. The Arboretum grounds open at 6 pm for concertgoers to picnic and the performance is from 7 pm to 8 pm. The cost is free to RRA Members (thanks to underwriting support from Investors Bank). There is a $15 per person donation for non-members, $5 for students). Bring your blankets, lawn chairs and picnic baskets. Sounds of a Summer Night '18 is supported, in part, by Nick & Tracy McKee.  Visit www.reeves-reedarboretum.org for more information.

Celebrating over 40 years as a historic public garden and education resource, Reeves-Reed Arboretum engages, educates and enriches the public through horticulture and environmental education, and the care and utilization of the gardens and estate. Open 7 days, the Arboretum is listed on both the National and New Jersey State Historic Registers. Funding for RRA has been made possible in part by the NJ Historical Commission, a division of the Department of State, through a grant administered by the Union County Office of Cultural & Heritage Affairs, Dept. of Parks & Community Renewal.

REEVES-REED ARBORETUM....a place to grow for everyone!